What I enjoyed (and did not)

I enjoyed the prompts. They were not earthshaking, but they served their purpose. The subjects were predictable, but the techniques/methods for addressing the prompts were varied. I was able to bypass the techniques I needed to and choose from alternatives that fit me better. One thing that I tried to do was to avoid responding to every (or every other) assignment with a poem. I think I got away with only 10% being poetry, and the only original-to-the-project poem the Acrostic for Day 13. Since I usually write 3- to 7- or 10-line poems, 16 lines stretched beyond my customary word count.

What I missed with this course, and what made Writing 201: Poetry so rewarding, was the active push to community and interaction that came with the private WordPress form for that particular class, starting and ending at the same time, so that there was a coordination of activities. The #everydayinspiration tag in the WP Reader helped, as did finding bloggers with whom I am familiar who were also beginning at approximately the same time. As my schedule eased, I reached out to a few more, some of whom will end up on my Reading list for this particular blog. (I have a number of blogs, each with a different general focus and tone.)

I also had fun with the Mine Your Own Material assignment, where I chose as my unifying subject “Food”. I located a couple of favorite recipes (a breakfast omelet and a gluten-free cake-in-a-cup). Also, I pulled out an old science fiction short story that I wrote in 2005 for a 48-hour short-story-writing competition; a light romance and a consideration of variations of plants that should be first grown on community/agricultural space habitat. For having been written in two days, I thought it didn’t turn out too badly, considering that I hardly ever write short stories, and have only had one published (in the previous century … in a limited edition anthology … not in the United States).

In between my first and second jobs out of college (computer programmer and computer operations), I lived with a fellow for about seven months, when he graduated from college at the end of summer school and joined the U.S. Army (his number in the draft lottery was 038). During that time, I was going through my notebooks and boxes of papers, time after time, looking for my senior philosophy paper, of which I was particularly proud. I could not find it. What killed the relationship was my discovery that he had taken my paper, presumably retyped it, and then handed it in as his senior physics paper. Evidently he did well, or he would have been panicking about having to (re)write the paper at the last minute or face not graduating on time.

I was a help to him in his adjustment to having to go out and live in the world, as I provided a structure for him that served him well until his death (late winter or early spring of 2014). But as I was writing the blog post about making my own decisions, it dawned on me that I had never forgiven him, even though my actions toward him were loving actions. I refused ever to see him again, finally, some time after his discharge, and suggested that he not phone me anymore, and he made his way successfully in the world, generally. The “aha” moment was when I recognized that recalling him in the process of writing about that particular time period in my life evoked a sudden, powerful rage.

I think that I want to think about that for a while. I think that I over reacted and that he was right to believe that I would not be understanding about his appropriation of my work.

As I continue blogging

As I continue blogging, I plan to continue being open to what I may learn about myself and others. And how I feel at a particular moment about a situation, a person, or a group of people, does not have to govern how I will act or react. It has not in the past. I think that’s probably a good thing.

Having lost to death seven close relatives within the past eleven months has affected how I feel about planning on/for continuity in our lives. My writing and photographs are on the Intenet, an ephemeral medium. They will not continue to exist past the funds that pay monthly or yearly for my blog space and domains. As I have always written for myself and for the now, I will bear that in mind as I continue. I write because I am a writer, and I trust that those who also might/should look at my photos, art, or writing, will find it. If not, there always will someone else to write, to see the world as effectively as I do, albeit from their own perspective. We are as much or more a collective being, we humans, than individual. Nothing needful is lost. 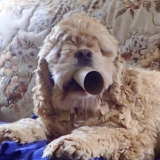 2 replies on “Finding Everyday Inspiration, Day 20: Wrap It Up”

Hi there. I enjoyed your summary of the course (I found you as a fellow member of Mara’s tribe). It’s beautifully written. I’m shocked to learn of your losses, I can’t imagine. Wishing you all the best.

Haha, “Mara’s tribe”, as Desley says, is a thing? Seriously though, this is a summary which I’d have written myself if I had the presence of mind and patience (and no worries, I wouldn’t give it out as my own!). The prompts were not very innovative, but some of the approaches were certainly interesting to try and overall, it was fun! Especially fun to follow the course along with fellow bloggers. I hope you’ll keep on writing and experimenting.

This site uses Akismet to reduce spam. Learn how your comment data is processed.