reveling in sunlight
flowers lift up their faces
the Earth laughs

Photo by Norikio Yamamoto on Unsplash

This poem was posted also on my Quilted Poetry blog.

As I write this poem, I am listening to an ongoing spring blizzard that has delivered over seven inches of snow, so far today. We expect another five to seven inches before the storm ends. The tulips and daffodils long since emerged from the warm, damp grown. I am trusting the new snow to protect them from the wind and icy rains still to come.

I have looked at photos from previous years, and April snows are not that unexpected. Still, it is strange to be confined to house and outbuildings by snow drifts, when at the beginning of the week, I was outside barefoot and without a jacket. 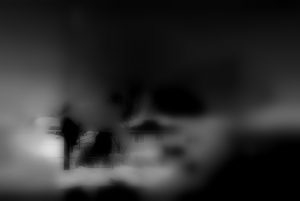 distant light
dim through mist not scattered
by breath of wind

sounds fold back upon themselves
echoes too close to be heard

cling to the cold, a shield
against the warming days

NaPoWriMo Prompt: Today, we’d like to challenge you specifically to write a haibun that takes in the natural landscape of the place you live. It may be the high sierra, dusty plains, lush rainforest, or a suburbia of tiny, identical houses – but wherever you live, here’s your chance to bring it to life through the charming mix-and-match methodology of haibun.

Rabbits have eaten the bark from low Cotoneaster branches, leaving them bare to lingering cold, icy winds, and snow storms. Again this year, the bushes are at risk to dry and die when the heat does come, searing tender leaves. There will be no warm rains to waken grass seed strewn in hope, six months ago. Birds eat the grains, finding no new growth.

The temperature is high enough, again, to sit outside in the gazebo (out of the sun) and read the news, watch the dogs play and listen to my husband’s latest wood-working project in progress. I don’t often use this small computer/tablet, and I find that cannot find all of the keys when I need them. I think that I need to find the touchpad settings and make it less responsive. At the ends of sentences, or when I simply pause, I find that when I am ready to type, again, the cursor has returned to the beginning of the line (or page).

I had a nice selection of photographs and things to say, when I retired for the night, but I turned off the lights and went to sleep, instead. This morning I was awakened by a telephone call from a local who had found my phone number on the Internet in connection to my former (as of 2012-12-31) business. I am loathe to give it up, since it’s been my number since I moved to this town in the late 1970s.

I have made connection with the hospice worker, who will be dropping by later in the week for a nice visit. In the meanwhile, I downloaded the current ebook edition of my Stress Management go-to book (30th Anniversary edition in 2012, and I believe I bought the first edition shortly after it came out). I reviewed and went through the muscle relaxing/awareness procedures. Realized as I did them mindfully that I have continued using them over the intervening decades. My life changes for the past 12 months total over 300 points. ::sigh::  I think that I will incorporate mindful practice of the physical exercises in the daily routines.

My puppy is pacing. I must see what he wants.